Welcome to Ahlen > About Ahlen 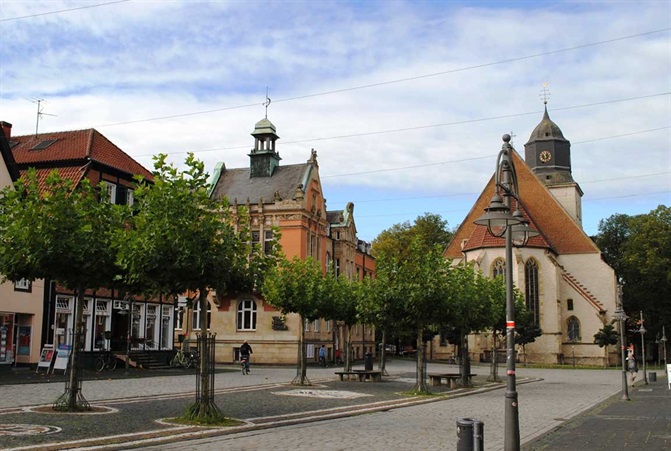 The City of Ahlen, situated in the state of North Rhine-Westphalia, has been mentioned as far back as the year 850, when it experienced its first boom as a trading city as well as being an important location for the church and its city fortification. Furthermore, the mining sector in the city was responsible for two major phases of economic recovery and the city experienced a large population growth. Ahlen developed into an important coal mining town with a large metalworking industry (in two phases). The large coal mine known as "Westfalen" was one of the largest in Germany and was also one of last to be shut down, once mining was no longer deemed to be economically sustainable. Once shut down, some parts of the site were used as industrial and commercial areas, and other parts as recreational areas where cycling and hiking trails were opened. To this day, the cityscape of Ahlen compromises itself with many historical buildings and monuments, which refer to city's mining industry.