Life in Germany > The German language 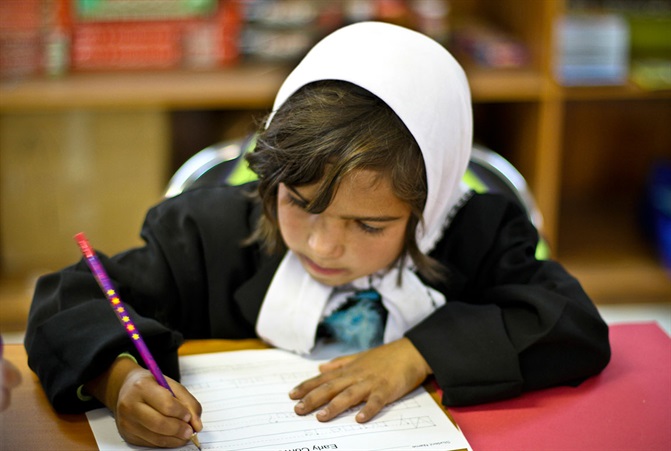 What should I know about the German language?
What does the German alphabet look like?

Understanding and speaking the language of the country is the key to a co-existence - not only in Germany. Therefore, you should learn the German language as soon as possible. The country language in Germany is German. It is written and spoken by everyone. All information in everyday life, for example in shops, offices or road traffic, is offered primarily in German, occasionally also in English. German is also the official language so that any letter that you will receive from authorities will be in German. Since these authorities' letters often contain important information about your status, German language skills are all the more important to you. If you do not speak the German language well enough, ask other people for help with translation. The learning of the German language can take place through many different ways - through apps and online platforms, books and audio media, individual language lessons or group lessons. We would also like to help you with this application to learn the German language, for example through our offered German phrases.

German does not always sound alike in Germany. Depending on the region in which you live within Germany, there are so-called dialects. Examples are Bavarian, Saxon and Swabian. These are local pronouncements, which have no influence on the spelling. For some words, there are specific expressions, depending on the dialect, so even sometimes Germans do not really understand each other. So if you cannot understand your opposite because of the dialect or language speed, just ask them to speak more slowly and clearly.

Every German learns another language during school. English as an internationally recognized language of understanding is the additional language, which most Germans master quite well, since it is taught from an early age in school. Approx. 63% of Germans speak English and about 18% speak French. About 10% of the Germans speak other languages like Dutch, Italian, Spanish, Russian or Chinese. Since people from many nations live in Germany, some also speak Turkish or the languages of the countries from which their families originate. In East Germany, the former GDR, many older people also speak Russian.

For almost all subjects, you will find the right words, questions and phrases to help you get started quickly.